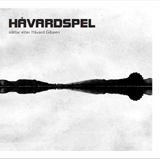 Håvard Gibøen (1809–1873) was born in Møsstrond in Telemark, and even though, during parts of his life, he traveled a great deal in the districts in Telemark, he was quite a place-bound fiddler, especially compared with his contemporary and fiddling friend, Torgeir Augundsson – Myllarguten.

These two fiddlers have remained standing as bearers of two distinct playing styles which no fiddler in succeeding generations can refrain from relating to. Myllarguten has remained a representative of change and of the modernization of the fiddle music by, among other things, playing in a more explicit major tonality and by using a virtuosic technique inspired by violinists such as Ole Bull. Håvard Gibøen’s name has, on the other hand, been connected to an older tonality, with tonal passages which shift between major and minor, and to a formulation of style within strict borders. One can perhaps say that Gibøen refined and chiseled out the tunes he learned, and that the tunes acquired an extremely united and clear character after having been through his hands.

Knut Lurås (1782–1843) from Tinn became an inspiration and teacher for Håvard Gibøen early on, and even though there were several fiddlers and folk singers in Gibøen’s extended family, the majority of the tunes Gibøen played were in forms after Knut Lurås. Lurås had in turn learned to play from fiddlers in Tinn who were sources of very old tunes, such as, for example, Hølje Sveinson Leikanrud (born in 1759). But company with fiddlers from other parts of the country, like Nils Rekve from Voss and Jørn Hilme from Valdres, also had a significant impact on Knut Lurås’s playing and tune material. Håvard Gibøen had no simple fate, as he and his family lived in part under poor circumstances. But the distinctive tunes live on after him and pass through the minds of fiddlers in steadily new generations. One is never through with Gibø-spelet.

ABOUT THE CD
With this release, on the occasion of the 200th anniversary of the birth of Håvard Gibøen (1809–1873), we wish to share some of the tunes in the Gibøtradition with a wider audience. The tunes you hear have been recorded by the Folk Music Archive in Telemark, by the fiddle players themselves or by enthusiasts who have a passion for this music. The release is therefore a tribute – not only to the fiddling in tradition after Håvard Gibøen and to the fiddlers on this album, but also to the dedicated souls who have helped to preserve the music. Due to the inclusion of various recordings made by whatone might call untrained recording engineers, the sound quality on the release is somewhat variable. Nevertheless, we hope you will take great pleasure in hearing the many fiddlers who interpret Gibøspelet in their own way. The fiddlers on the release are representatives of various lines which branch out from the Gibøtradition’s centre – Håvard Gibøen. In order to narrow our scope somewhat, we chose fiddlers who have the bulk of their repertoire in Gibø-style. In Telemark, there is no such thing as a fiddler who can’t play a tune after Håvard Gibøen, and it was therefore essential to create such a boundary.

The release aims its focus towards the older fiddlers – the eldest, Gunleik Smedal, was born in 1878. But we have also included a recording of Trygve K. Vågen (b. 1950) from this summer’s Telemarkfestival, on which he plays Systerslåttane. It is important to draw attention to the fact that this release could have been at least three times as long. And even then, we have only taken into account the collection of good Gibø-spel which we have found in the archive in Telemark. Other archives, recordings and NRK recordings (from the archives of Norsk rikskringkasting, the Norwegian stateowned public broadcasting company), have not been taken into account. We had to strictly prioritize tunes and fiddlers, and it is the desire to present the variety of expression amongst the fiddlers – and amongst the tunes – which has guided our selection. There exist hundreds of possible releases within this rich tune tradition, and just as many opinions about who and what ought to be included. This is our selection, based on the tune material we had. It hasn’t been easy, but it has been extremely interesting.

The CD is the result of a collaboration between ta:lik, Norsk Folkemusikk- og Danselag (The Norwegian Traditional Music and Dance Association) and the Folk Music Archive in Telemark.

What is Gibø-spelet, then, and what makes it so special? “The Gibø-tunes – it’s a particular sensitivity for sound. It is a tremendous emphasis on fingerings, and it’s something about the tunes themselves. They have an introspective character. Something fine, elaborate. They are not dashingly grand, but there are very fine details. The playing invites the listener to experience a tonal sophistication. The fine in the small.” This statement is made by Jan-Petter Blom in an interview in this year’s Årbok for folkemusikk, in which one can also read several other articles about the fiddler from Møsstrond. We hope this release will give listeners their own experience of what Gibø-spelet can be.

We would like to extend a big thanks to Kari Lønnestrand at the Folk Music Archive in Telemark for her meticulous work, which has resulted in the release of the CD, thanks to Knut Buen for good input and for having contributed with photos and information, thanks to Frode Rolandsgard at ta:lik and Eivind Kaasin at Norsk Folkemusikk- og Danselag for an excellent collaboration. Finally, a big thanks to the descendents of the fiddlers and to Olav K. Øyaland and Trygve K. Vågen for permission to release the tunes.

THE FIDDLERS
Gunleik Smedal (1878–1948): Gunleik came from a large family of fiddlers in which several of the brothers played, including Eilev, who is perhaps the most well-known of them. Gunleik, his parents, and all of his siblings emigrated from Åmotsdal to the USA, where they played a great deal with other emigrant fiddlers. The Smedals’ grandmother was Håvard Gibøen’s sister, and several of the tunes they learned, they learned from their grandmother, who sang the tunes for them.

Høye Kvåle (1879–1967): Høye Kvåle from Seljord learned many tunes from Kjetil Håvardson, son of Håvard Gibøen. In many ways, one can say that Knut Dahle and Kjetil Håvardson became representatives of two lines of Gibø-spelet, but it is difficult to say how dissimilar their playing actually was. Høye Kvåle also learned some tunes from his parents, Anne and Eivind Kvåle.

Johannes K. Dahle (1890–1980): Johannes K. Dahle from Tinn was the grandson of Knut Dahle. Knut had large parts of his tune material from Håvard Gibøen, and Johannes learned all of his grandfather’s tunes, a large repertoire of which he has recorded a great deal. Johannes K. Dahle is therefore a central source of Gibø-spelet, the way it was played in Tinn. Many believe that one can hear the characteristic Gibø-tonality most authentically in Johannes K. Dahle’s playing.

Olav S. Løndal (1904–1986): Olav S. Løndal from Tuddal was the eldest of the three sons of fiddler Svein Løndal (1864–1949). His brothers Kjetil and Einar were also extremely good fiddlers, and all three played a great deal of Gibø-spel which they had learned from their father, who had learned Gibø-tunes from Knut Dahle in Tinn and from Ola Sud-Bøen, a fiddler from Svein’s home district. Knut Dahle was Gibøen’s most important student and learned just about everything in Gibøen’s repertoire. Ola Sud-Bøen was said to have played a great deal with Håvard Gibøen when he was in Tuddal.

Eivind Mo (1904–1995): Eivind Mo from Rauland moved as a young adult to Seljord. He learned a large amount of Gibø-spel from his uncle Høye Kvåle, and also from his good friend, the fiddler Eilev Smedal. In addition, Eivind Mo learned many tunes from Johannes K. Dahle, but he played them in a more explicit major/minor tonality. Johannes K. Dahle and Eivind Mo both had large repertoires of tunes, and have come to be thought of as two distinct interpreters of Gibø-spelet.

Svein Lien (1920–1998): Svein Lien from Tinn first learned to play the fiddle from his older brothers Knut and Olav Lien in Tessungdalen in Tinn. Later, he was a student of Johannes K. Dahle and was a well-known and beloved fiddler at kappleiks (folk music competitions) for many years. His playing bore an unmistakable Tinn signature, but he also gave it his own touch.

Olav K. Øyaland (1922–): Olav K. Øyaland from Austbygd in Tinn learned to play from Johannes K. Dahle. Today, Øyaland is our closest link to Gibøspelet. About Olav K. Øyaland, Per Anders Buen Garnås writes: “He [Øyaland] learned regularly from Johannes K. Dahle over the course of his lifetime, and has mastered the material so accurately and with such great musicality, that it seems that Håvard is breathing down your neck if you sit down and listen to it.” In 1995, Buen Kulturverkstad released Olav’s CD, Haugelåt.

Trygve K. Vågen (1950–): Trygve K. Vågen learned to play from his uncles, Olav and Trygve, and also from his father, Kjetil Vågen. He has also learned tunes from Eivind Mo and Johannes K. Dahle. In 1994 he released the CD Gibøspel on his own label. Trygve K. Vågen is the great-great-grandchild of Håvard Gibøen.